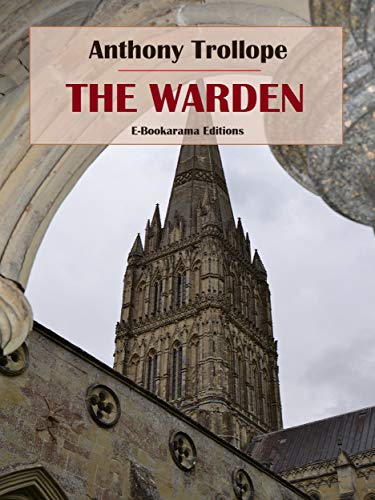 Amongst the great popular novelists of the nineteenth century who are still read today, Anthony Trollope stands alongside his contemporary, Charles Dickens.

"The Warden" was first published in 1855 and it was Trollope’s fourth novel, but the first in the clerical series which became known as The Barsetshire Chronicles, and it established his reputation as a popular novelist in the Victorian period, becoming Trollope’s first really successful novel. The others in the sequence are "Barchester Towers", "Doctor Thorne", "Framley Parsonage", "The Small House at Allington", and "The Last Chronicle of Barset".

The opening of the novel makes it clear that Barchester was supposed to be a cathedral town in the south west of England, and it is probably constructed imaginatively from elements of Salisbury and Wells cathedrals, which Trollope knew well from his travels around the south west in his professional capacity as inspector of the postal system.

In the mid nineteenth century there were a number of financial scandals in the Church of England. Trollope based ‘The Warden’ on the St Cross scandal, but in the novel the Warden is a kindly, devoted, priest, beloved by all that knew him and is racked by fear that he is accepting money to which he is not entitled. His antagonist is his prospective son-in-law John Bold and his (somewhat unwelcome) ally is one of Trollope’s strongest characters, the Archdeacon of Barchester, Dr. Theophilus Grantly.